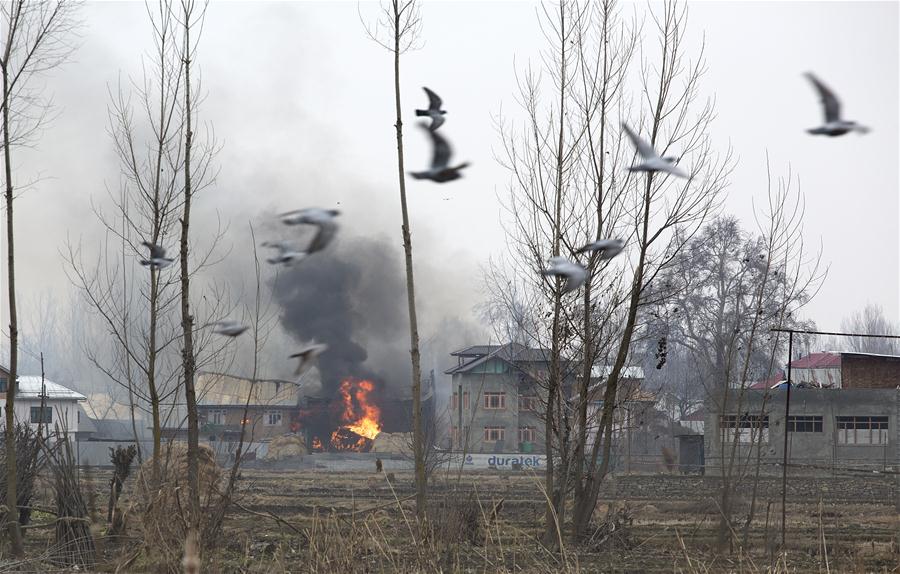 Four troopers including an officer, three militants, a policeman and a civilian were killed Monday in a fierce 18-hour-long gunfight in restive Indian-controlled Kashmir, officials said.

The gunfight broke out early Monday at village Pinglan of Pulwama district, about 30 km south of Srinagar city, the summer capital of Indian-controlled Kashmir.

"In a gunfight that broke out here early today and lasted for around 18 hours, three militants were killed," a senior police official posted in Pulwama told Xinhua.

"While fighting militants four troops including an officer of the rank of major and a policeman were killed. A civilian also lost life in the firing."

At least nine government forces personnel, including a brigade commander and a lieutenant colonel and a deputy inspector general of police, were reportedly wounded in the stand-off.

The wounded were removed to hospital for treatment.

According to police, contingents of army and paramilitary cordoned off the village on specific intelligence information suggesting presence of militants.

"No sooner the government forces zeroed in on suspected area, the militants present there fired upon the advanced contingent thereby triggering a firefight," the police official said.

Reports said three residential houses were damaged during the exchange of fire in the village.

A guerilla war is going on between militants and Indian troops stationed in the region since 1989.