KAROT (China Economic Net) - Pakistan is not alone in achieving its ambitions. It has potential for energy but threatened by an acute energy crisis for the past decade, other Asian nations are competing to harness the power of the Himalayan Rivers, on which more than billion people depend directly for sustenance.

Along the banks of the Jhelum River, surrounded by quite hilly range near the city of Rawalpindi at the border of Punjab & AJK, stands a 720 MW Karot Hydropower Project, turning into Pakistan’s rice bowl would be the first success of CPEC (China Pakistan Economic Corridor) in the region of achieving first mile stone of China Silk Road Fund with an investment of 1.74 billion. It is contemporary Chinese plan to link some of the biggest rivers, modern transportation networks and numerous energy projects in the region, at an estimated cost of nearly 64 billion as of 2017.

Karot Hydropower Project is located on the Jhelum River which is the 4th among the 5 Cascade HPPs to be developed along Jhelum River. Installed capacity of  the Project is 720MW  (4×180MW) with average annual  electricity  output  3206  GWh  and  annual  utilization  hours 4452h of clean, reliable and affordable electricity. As a single power generation task hydropower complex, the project’s structure layout includes rock fill dam, spillway, powerhouse, diversion tunnels and head race tunnels.

The  project  is  being  developed in the  Private  sector  under  the Power  Policy 2002 on a Build-Own-Operate Transfer (BOOT) basis with an expected concession period of approximately 35 years, which includes  the construction  period  of  5  years  and  the  operation  period  of  30  years and after that it will be handed over to Pakistani Government with the cost of PKR One (1) Rupee. 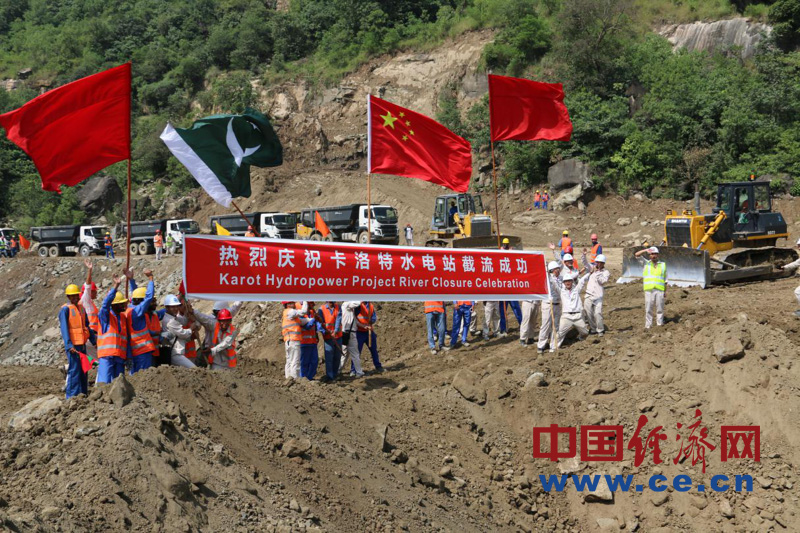 2018 is a crucial year for the civil construction stage of Karot Hydropower Project. In order to close the river, first main structure of Karot project, diversion tunnel was completed with good quality in August, 2018. The total length of the three diversion tunnels is 1341.8m, Chinese Contractor completed 1070 thousand cubic meters excavation at inlet and outlet slops, moreover, diversion tunnel excavation completed 377 thousand cubic meters. China Speed indicated once again at Karot project. The diversion tunnel overflowed on 6th of September, 2018, which laid a solid foundation for the implement closure in advance. Karot Project has successfully completed river closure in September 22, 2018, the project has entered into a critical stage of dam and power house construction, which is another important milestone. 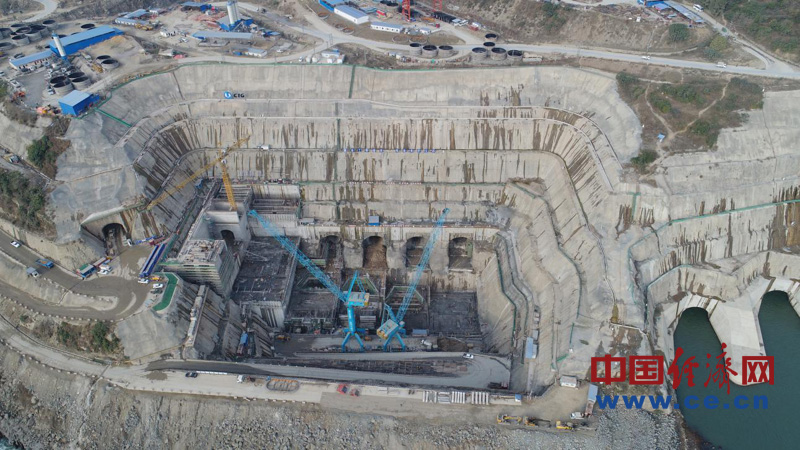 Karot Project is not only paying the attention to the construction, but also to help promote the living conditions. In 2018, the Kannada Primary School and the Hollar Village Basic Health Center have been successfully completed and handed over to the local government. These two items will promote the education standard and medical situation immensely. Other items mentioned as above are also progressing in an orderly manner. Approximately at the same time, 3000 Employment opportunities for local people have been created per year during the construction period. During the five-year construction period, the Karot Hydropower Project will pay a total of US$23 million (about Rs. 2.4 billion) in taxes to the Federal Government of Pakistan. In the 30 years of operation, the Pakistani government of Punjab and the Pakistani-controlled Kashmiri region will receive an annual income of Rs 674 million. These projects held out the prospect of increasing energy and employment in a part of the world where 68% people are deprived with basic needs. Moreover, after the completion of Karot Hydropower Project, it can produce 3.206 billion kWh of clean energy per year, reducing the local voltage conspicuously. It is also expected to reduce carbon dioxide emissions by 3.5 million tons per year, in order to improve the proportion of clean energy and make a positive contribution for optimize the energy structure in Pakistan. 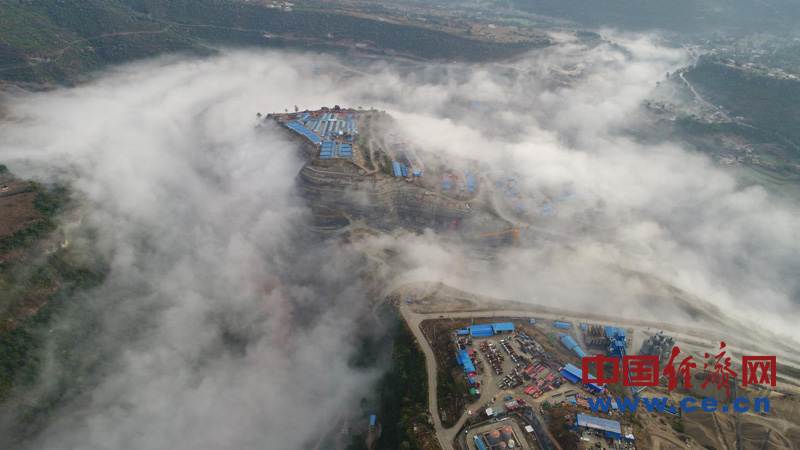 Chinese official and private sectors have been playing crucial role in the recent years, strengthening Pakistan’s economy. The Chinese government’s sectors had been forthcoming in helping the country through grant, loans and investment giving boost to Pakistan’s economy, mainly under the CPEC. With a strong footprint CTG envisages clean energy plans in near future. Solar & Wind energy projects are in development mode and In Phase 1 Wind Farm (49.5 MW) has been completed in BOT mode near Karachi, in South Pakistani region. They have acquired rights to develop Phase 2 Wind Farm (99 MW) and Phase 3.